Menu
Request a call
Black Friday Deal for Auto Steering Products: Discount up to 25%
Check it out

What a Tractor RTK System is and how to Operate it

To have a tractor park in the agriculture business is sometimes a tough deal. You need to plan all the work routes, keep all machines in good working conditions and provide regular maintenance. You should get all the information about the location of the tractor in order to correct its route due to a number of factors. In precision farming, GPS helps much with the latter. However, even the most up-to-date GPS equipment has its inaccuracies that may vary up to 10 cm when tracing the route. It is advised to supplement the equipment with the RTK system to avoid such inaccuracies. When using RTK systems in agriculture, GPS data errors do not exceed a few centimeters. If the RTKs are designed accurately and are placed close enough, RTK solutions for tractors will allow you to reduce the error to 1 cm.

How Does the RTK System in Agriculture Work?

Imagine that you have a tractor with an installed RTK receiver module. The signal from the GPS satellite is transmitted to the base, which processes it. Then, the signal (with the RTK corrections) is transmitted to the receiver installed on the machine or the tractor. As a result, the operator receives up-to-date data that help to plot an accurate route without distortion, as is the case with conventional GPS navigation. The principle of transmitting data from the base to the receiver is a standard cellular Internet connection. If there is good coverage, the signal will be received instantly. Multiple RTK networks are usually used for big farms. Another option is to get an RTK signal from a base set nearby. 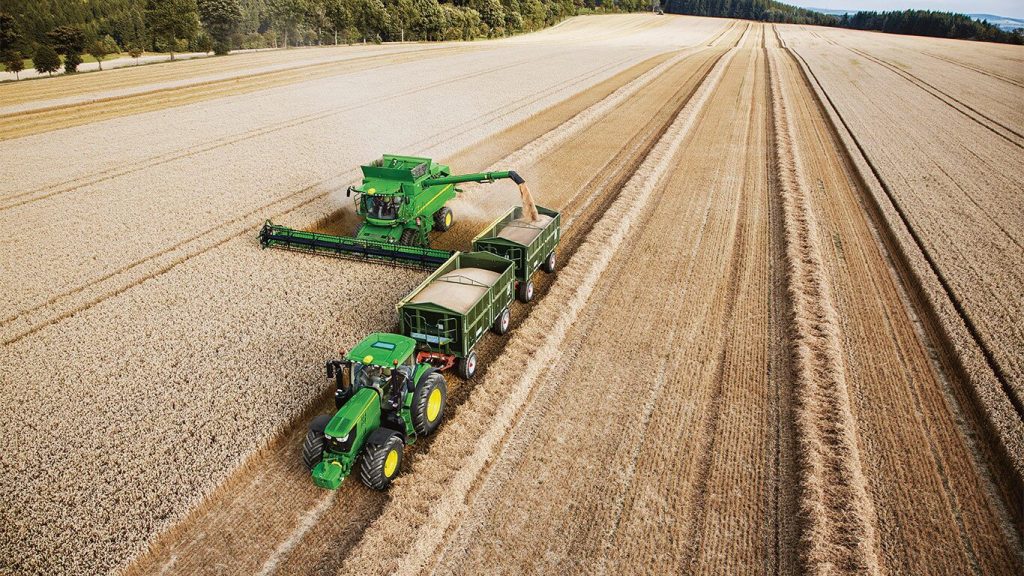 Perspectives of Using RTK for Farm

A couple of years ago, only the wealthiest farmers and agricultural giants could afford the RTK. The high cost and low competition for manufacturers of such systems on the market led to the lack of demand for them. However, as prices became more affordable, and the prospects for the development of the precision farming method became evident, RTK became one of the most popular technologies in agriculture. Perspectives of further RTK usage in agriculture:

How to Work With RTK Base and Receiver

Buy a subscription to a service pack support from a reliable company and you will get an efficient tool for years. You may also evaluate additional relevant service and maintenance that could be performed remotely. A quick and easy training process will enable your operators to run RTC equipment efficiently and the learning process will be less time consuming as well. You can also expand your subscription options or use only the functions you need or which are useful for your farm. One unit is meant for one tractor, so be prepared to order separate subscription packages and receivers for each tractor in your fleet.

Request a call with sales manager